How to See a New Future 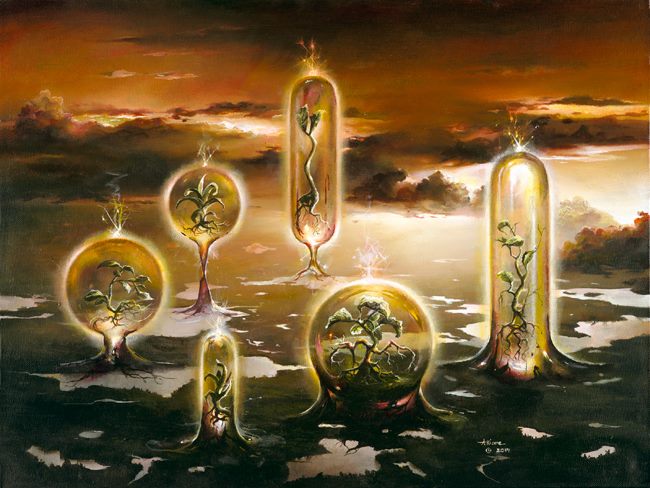 Do you ever see ahead or receive ideas that are futuristic? Several great minds told us how we need this type of seeing for making a new paradigm, or the shift that so many are speaking of. If you have these types of visions or ideas pop into your mind, write them down, do not let them blow away in the wind. We need these thoughts in the collective consciousness as well as our own.

What is rather interesting in this time of a paradigm shift is how so many post old traditional lore rather than futuristic sights. This is because we’ve been taught to follow, memorize,  imitate and obey what is written, rather than create outside of the norm. This basic attitude is because thinking is on the One-that-is-in-the-beginning, not the One-who-makes-the-NEW after the ingathering of all we’ve learned. Even more worthy of note is how older mystics from other centuries saw things humanity still hasn’t been able to absorb and quote pushers typically don’t bother quoting those ideas, short of Buckminster Fuller’s: “You never change things by fighting against the existing reality. To change something, build a new model that makes the old model obsolete.” And, even though they quote it, how many people do you know making new models for anything?

This posts focuses on one of those quotes worth looking at which can help us see a need for the new, even within the Oneness.

The visionary of the early 20th century who saw ahead was Dane Rudhyar, author of “The Astrology of Personality”. Those pages are not just filled with mentions on Astrology but humanity’s future. He explains the process as the beginning perspective, a middle perspective and the consummation perspective of the One in its movement from beginning to completion of a cycle. He says of the movement of One,

The term middle must be understood as the whole of the becoming: The entire series of moments that occur between the initial moment of emanation and consummation, the two aspects of the One, beginning and end, alpha and omega, the Root-Manu and the Seed Manu. Outside of them, all else belongs to the process of change, to the flux of becoming; that is, to that which we call Life – the series of activities we call living. It is the Life-Force that integrates all the multiplicity of parts into organic wholes. It is the power of ‘holism’.

The end is the moment of consummation, concentration, conclusion and in-gathering of the fruits of the process of manifestation, that place where we are gathered in the vortex of power and light which constitutes the creative reality of the God-of-the-End—creative, because this God will become, in turn, by imagining himself forth, the Creator of the New Cycle’s ‘archetypes’ or generic forms.

Consider for a moment how attached we are to our current archetypes, such as ‘The Wounded Child’. ‘The Saboteur’, ‘The Magician’ or ‘The Warrior’. Then imagine a whole new set of archetypes to live by, those that will be created by the One for a new beginning.

“These are the fundamental formulas of being and becoming. The first two types of emphasis of beginning and middle of the original One are well-known to mankind. The first is typical of the old Hindu civilization and of all religious and spiritual movements which are more or less dependent on the old Aryan tradition. The latter received a characteristic formulation in the old Chinese civilization, and is also exemplified by the largest part of the philosophical-psychological and scientific thought of the twentieth century. The third type of emphasis-stressing the value of the end-term of the Cycle – is slowly emerging from the general body of modern thought. It is such a type of emphasis that we shall attempt to characterize in a new cyclic formula.

In outlining the NEW cyclic formula we merely have to state new ideas, rather than discuss them in relation to other more traditional points of view. Our aim is not to write philosophical treatise…the new philosophy of Time, or of the Cycle, is yet to be written.” ~ Dane Rudhyar

Rudhyar’s book was published in 1936, yet most spiritual seekers can’t even comprehend making a new paradigm and new archetypes because they are still caught up in the old traditions. To quote old thought does not make one a worker for the new cycle. It keeps people trapped in the old formulas. In that sense, the basic attitude in that cycle of life is on the One-that-is-in-the-beginning, not the One who makes the NEW after the ingathering of all elements.

Aims, Evolution, Insight, Up Ahead